Facebook, WhatsApp and Instagram’s parent company Meta Platforms Inc. has fired 11,000 of its employees. For the first time in the company’s 18-year history, such a large number of employees have been laid off. The company’s CEO Mark Zuckerberg announced the removal of employees. He attributed this to the fall in revenue due to wrong decisions.

Mark said, ‘Today I’m going to share some of the toughest decisions I’ve made in the history of Meta. We have decided to cut our team size by about 13%. With this, more than 11 thousand talented employees will get jobs. We are taking steps to become a more efficient company by cutting costs and extending the hiring freeze till Q1.

Mark took responsibility for the decision

Mark Zuckerberg also expressed regret for the employees affected and took full responsibility for the decision as well as how the company got to this point. He wrote, ‘I want to take accountability for these decisions and how we got here. I know it is difficult for everyone and I am especially sorry for those who have been affected by this decision of mine.

Mark was disappointed in the meeting

Earlier on Tuesday, Zuckerberg held a meeting with hundreds of company executives. According to a report by Wall Street General, Zuckerberg appeared disappointed in this meeting. He had told that the maximum number of layoffs would be from the employees of the recruiting and business team. Meta had 87,314 employees as of the end of September 2022.

How did the company get to this situation?

Mark said, ‘At the beginning of Kovid, the world went online rapidly and revenue increased with the growth of e-commerce. Many predicted that the hike would be permanent and would continue after the pandemic was over. I thought the same, so I decided to increase my investments. Unfortunately, it didn’t go as I expected.

Not only has online commerce reverted to earlier trends, but macroeconomic downturns, competition and less advertising have resulted in lower revenues than I expected. I made this mistake and I take responsibility for it. In this new environment, we need to become more capital efficient. We have shifted resources to high priority growth areas.

Our long term vision is for the AI ​​Discovery Engine, Advertising and Business Platform and Metaverse. We have cut business costs, including reducing budgets, reducing perks and reducing real estate foot print. We are restructuring teams to increase our efficiency. But these measures alone will not bring our expenses in line with our revenue growth, so I have also taken the difficult decision of letting people go.

Mark said, ‘It’s a sad moment, and there’s no way around it. To those who are leaving, I want to thank again. Without your hard work we would not be where we are today, and I am grateful for your contribution.

Meta had 87,314 employees as of the end of September 2022. Meta currently owns some of the largest social media platforms in the world including WhatsApp, Instagram and Facebook. However, the company is increasing its spending on the metaverse.

The Metaverse is a virtual world where users can create their own avatars. The company has been incurring losses due to low adoption rate and costly R&D. The layoffs are expected to ease the company’s financial woes to some extent.

Disadvantages of Investing in the Metaverse

Late last month, Meta announced the revenue out look for the December quarter. The company had said that next year, it would suffer significant losses due to investments in Metaverse. The company’s shares have fallen sharply in price since this information came to light.

Meta’s stock has lost more than 70% this year. On Tuesday, they closed at $ 96.47. However, Meta CEO Zuckerberg asked investors to believe in the brand. He claimed – Those who remain with the company will definitely get the benefit of it.

What is Metaverse and why did Facebook choose this name?

The next level of virtual reality is called the Metaverse. Simply put, the Metaverse is a kind of virtual world. With this technology, you will be able to enter the digital world through virtual identity. Means a parallel world where you will have a different identity.

In that parallel world, you will be able to travel, buy goods and meet your friends and relatives in this world itself. In the future, with the advanced version of this technology, we will be able to feel the touch and smell of things. The term metaverse was first used by science fiction author Neal Stephenson in his 1992 Nobel Prize novel Snow Crash.

With the purchase of Twitter, Elon Musk has started laying off employees worldwide. Nearly half of Twitter’s total of 7,500 staff have been fired. Twitter had more than 200 employees in India, most of whom have been fired. Layoffs have been made in engineering, sales, marketing and communication teams.

Three types of emails to employees

Daily loss of 32 crores to the company

On layoffs, Musk had said, “When the company is losing $4 million (Rs 32.77 crore) daily, we have no option but to lay off employees.” Those who have been evicted have been given 3 months severance, which is 50% more than the statutory amount.

How to fix media problem in WhatsApp Android? 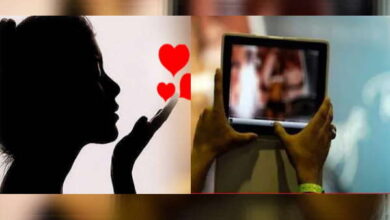 How to fix media problem in WhatsApp Android? 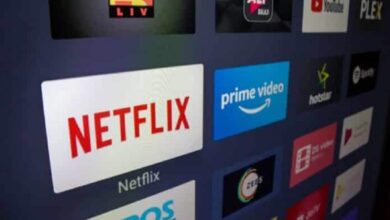